Vritual Reality (VR) has been known to cater for solo and indoor gameplay experiences, but Sony has taken the concept of VR to new (surface level) heights with the help of Superception. The concept might not be very direct to understand, but the basic premise of the latter is to show multi-person viewpoints within one VR headset, giving people who dawn the Head-Mounted Display (HMD), will share perspectives on each other’s devices.

The mind behind Superception is a researcher at Sony’s computer science laboratory, Shunichi Kasahara. He talks about how he created this atmosphere to extend a user’s vision by helping include other perspectives, creating a faux network of various visual inputs from other users wearing the HMD’s. He coined this concept as “super perception”, which truly does the project name justice.

“The core idea behind it is to use technology to go beyond the limitations of our human perspective,” Kasahara told Engagdet. “This could be a nomadic VR application where we use it in outdoor game settings.” 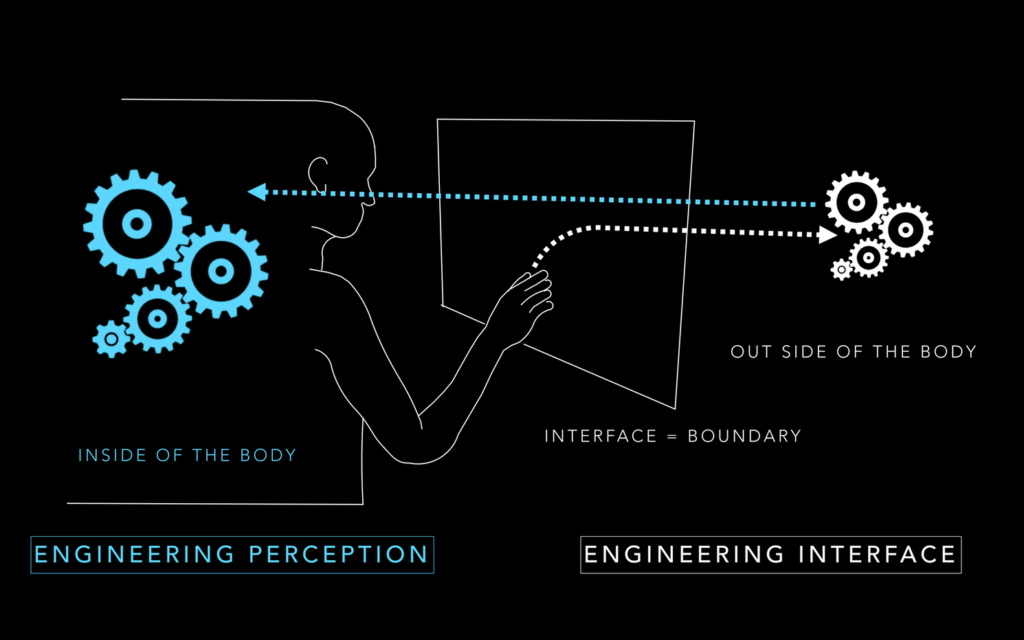 Admittedly, a game of Tag or other outdoor games being played with the ability of seeing the other might sound intriguing, but it is certainly a big game-changer in the world of VR.

While one might think, this would severely tilt the game of Tag to favor one person or the other, the VR is as tricky to master outdoor as it is indoor, and when your brain has to simultaneously keep track of 3 other screens, this is a whole other game of Tag.

Kasahara has worked to bringing the VR experience outdoors, it is worth mentioning that in the previous year, Superception helped 4 individuals make a sketch of the statue of Liberty using this very concept and allowing each to help feed the others visual information needed to sketch the marvel without the need of movement or changing perspective, as the feeds were coming in real time and each individual was seeing the statue from various viewpoints from one position.

While such a concept still has ways to go, we can safely say that once this does reach fruition, you can count on plenty of adults playing the most difficult game of tag at your local parks or similar localities.