Formula 1, Williams, and Big Immersive, if these three together ring a bell for you, congratulations, you’ve spent enough time on the internet in the last few days and you’ve experienced all the buzz. As for you, the confused and clueless ones, feeling all left out, there there, we’ll get you up to speed in under 2 minutes.

This year, Williams cars returned to the circuit of the Grand Prix after three years. Fans from around the world anticipated this return. But why are the people from Big Immersive extra hyped? Too many car racing fans? Well yes, but what else? Well the reason for that, is Pakistan’s very own Big Immersive made its name known to the world from the Williams Racing F1 halo ring. So, if you’ve been following Grand Prix 2022, especially the Japanese GP on the 9th of October, and you thought you saw a familiar logo on William’s car, you weren’t wrong! 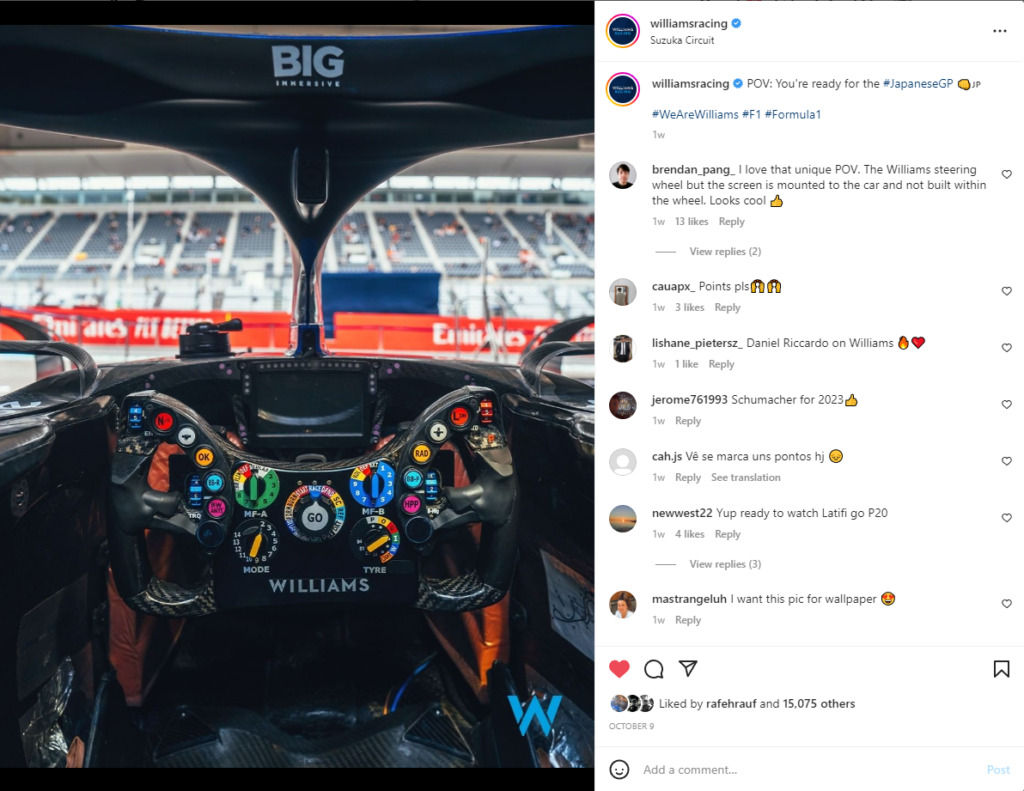 A moment of pride not only for the People of Big Immersive, but for the people of Pakistan! After working on a number of internationally acclaimed IPs (Godfather, Godzilla VS Kong, Shelby American Inc., Kevin Hart, Lost in Space etc. to name a few) Big Immersive is the first metaverse technology company from Pakistan to have its logo on a Formula 1 car! 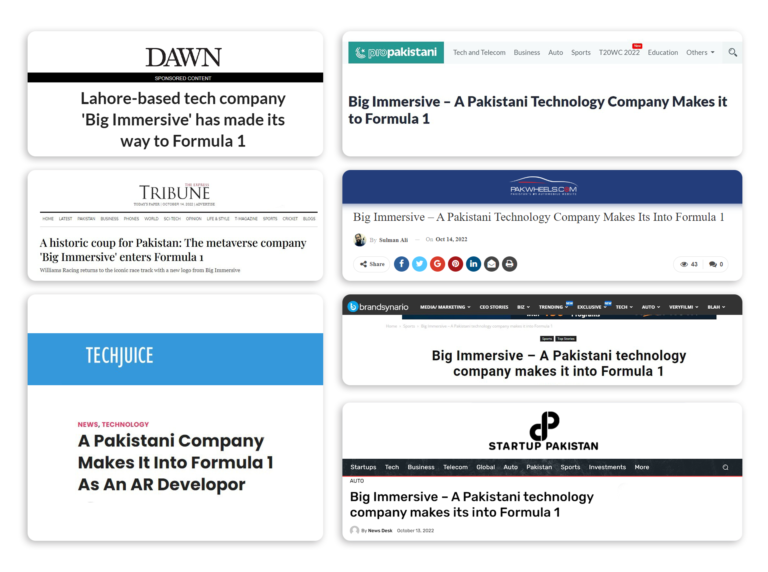 This milestone was covered by renowned Pakistani tech magazines such as Tribune, Dawn, Tech Juice, Pro Pakistani, Startup Pakistan, Pak Wheels, and lifestyle magazines like Brandsynario, and Instagram, Facebook, LinkedIn and Twitter accounts. We got SOME buzz didn’t we?

We’ll be working towards achieving one milestone after another, until then, we’ll soak in this one!