Best time for manufacturers and developers to display their latest developments in VR and AR tech is in Consumer Electronics Show. CES 2019 showed off a number of cool gadgets that impressed a lot of tech enthusiasts. Here are the best ones from this year’s products on display: 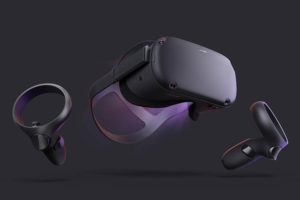 As demand for VR is increasing, the need for wireless headsets is becoming more profound. Ever since news of Oculus Quest has released it has received a lot of attention. VR enthusiasts are eagerly waiting for the wireless headset that allows you to enjoy VR games without needing a PC to connect to. Quest may not be as powerful as Rift or Vive but it will still feature some of the coolest games in virtual reality like The Climb and Moss. 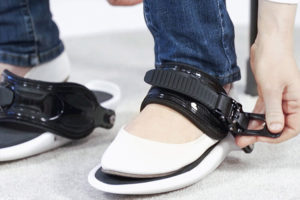 One to one movement in virtual reality is no longer a sci-fi concept. Cybershoes displayed in CES 2019 can act as a supplement for current virtual reality setup. Worn over standard shoes, you can walk in VR as you do in real life. Cybershoes are compatible with Rift, Vive and XR headsets such as Steam. 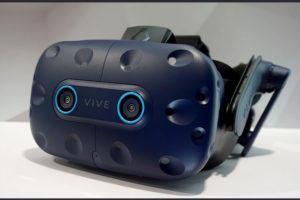 Tobii eye tracking tech has made the Vive pro headset even better than before. It offers a more immersive VR experience, allowing you to perform different functions and navigate through menus by only using their eyes. Vive Pro Eye makes it easier to use eye-tracking tech and supports workplace collaboration. Team members can use the Vive Studio and Ovation programs to access eye-tracking tech to make sure that everyone’s on the same page – just like Google Docs in VR. 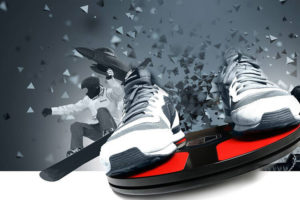 PSVR showcased 3DRudder at the show that lets you look around a full 360 degrees in VR environment. Typically when you walk in VR you can’t use your feet and it makes the experience slightly off. With 3DRudder PSVR has made it possible for users to spin, tilt and use feet to apply pressure and move around in virtual reality games.

Every new year is bringing technological inventions that are better and more impressive than ever and it’s only a matter of time before VR becomes a regular visitor at homes.