With the long-awaited release of Top Gun: Maverick approaching, there has been a surge in the popularity of the OG Top Gun franchise proving that old is gold and the franchise that was an adrenaline rush for the youth of the 80s is also having the same effect on GEN Z (We also believe that the popularity has something to do with Tom Cruise not aging ever since as well). 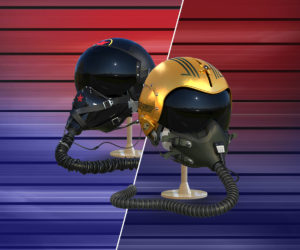 Terra Virtua has revolutionized the collection experience in the digital realm and has made it more engaging and exciting by having Brands Like Lost in Space, Godfather, and Artworks by the legendary Nick Percival, to name a few. Further Adding to the rostrum, Terra Virtua is proud to announce the launch of Top Gun’s 3D Pilot Helmets belonging to the famous Maverick, Hollywood, and Bogey to name a few. Head over to Terravirtua.io to see the complete collection. 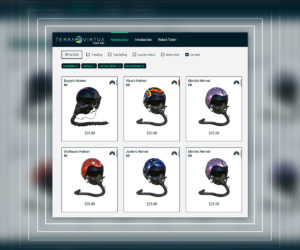 The helmets boast attention to detail, which makes it difficult to tell apart from the movie props. Showcasing intricate details and designs that are associated with each of our favorite pilots, the 3D assets can be placed in the Fancave by collectors to showcase their love for the franchise. Furthermore, Terra Virtua will soon be releasing 2D and 2D animated posters of Top Gun, further allowing the collectors to have a Fancave reflecting their love for the franchise, while they eagerly await the release of the next movie in the franchise.