The world is always run by a few. From economics to science to agriculture to apparel, there are always those BIG names that pop into everyone’s minds. Nestle, Unilever, General Motors, NASA, Ralph Lauren. All of these brands take up a large chunk of their respective industries. Similarly, when you come to the VR and AR world, we’ve got names like Oculus, HTC, Valve and Microsoft, all giants. One begins to wonder, what about the little guy? There are tons of start ups in the world, working day and night to perfect their products, in the fields of both VR and AR. One such start up, is Magic Leap, which in all context, really is taking a magic leap in the world AR, with their headset, the Magic Leap One. First and foremost, the Magic Leap One is based around a secret, “brand new” technology called Digital LightField, and although the company has been rather secretive about this technology, they certainly haven’t been subtle when saying that all previous attempts at AR have been “silly”, and that this technology is miles ahead of all others. In an interview with Rolling Stones, Magic Leap founder, Rony Abovitz stated “The photon wavefront and particle light field everywhere in the universe. It’s like a gigantic ocean; it’s everywhere. It’s an infinite signal and it contains a massive amount of information.”

Different tech journalists think that Digital Lightfield is similar to foveated rendering, but since the Magic Leap is an AR device, instead of rendering low resolution images from where the eyes aren’t looking, it basically blocks light from all angles that are not being used, hence, giving it the processing power to render high resolution images and data only where necessary. In terms how looks, the ML ONE seems lightweight, with a dual hinged adjustable band, and multiple nose clips just like the Microsoft Hololens. The goggles also have several photo receptors on the front, and two on the sides, and even though the lenses seem to be round in the front, images clearly show rectangle screens inside, just like the Hololens. 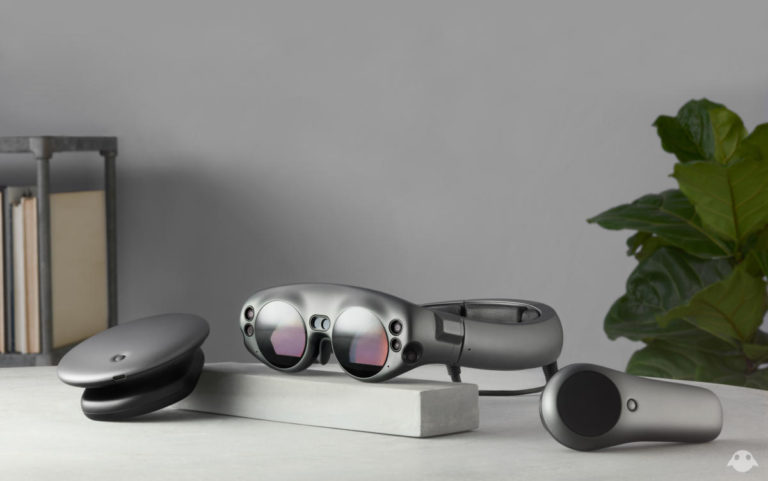 Where the approach is different from the Hololens (which is standalone), is the fact that the ML One comes with a “lightpack”. A neatly finessed processing unit which can be hung from the user’s pockets. This enables the entire set up to be a portable computer, so not only do we have a headset that is fully mobile, but also one with advanced processing and graphics. As far as the specifications of the Lightpack are concerned, it’s powered by a am Nvidia Tegra X2 all-in-one processor, consisting of six CPU cores and 256 GPU cores. The minute processing unit also has 8 GBs of memory, and 128GBs of storage, a USB C-port. It also comes with Bluetooth 4.2 connectivity and Wireless AC. However, battery times are still similar to the Hololens with up to 3 hours of continuous play. The entire package also comes with a 45 Watt, Type-C charger. The controller in all aspects, seems rather primitive for a device that is so advanced and down right fresh. It’s a standard remote with 60D, however has a basic Oculus Go style format. A plain touchpad with an LED ring around it, a shoulder button and a trigger. The remote supports haptic feedback as well, the battery however, is embedded, with around 7 hours of play time. 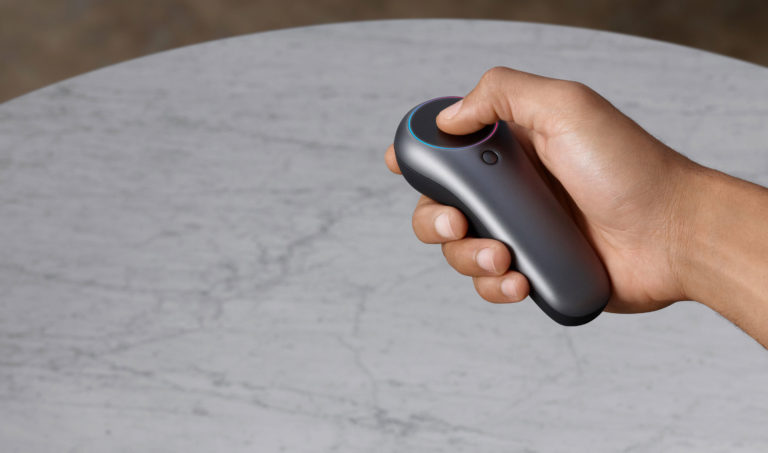 So far, we can’t say a lot about the Magic Leap One, except we’re glad that small companies…the little guys…are making efforts in creating quality products. We wish Magic Leap the best in their endeavors for the future!